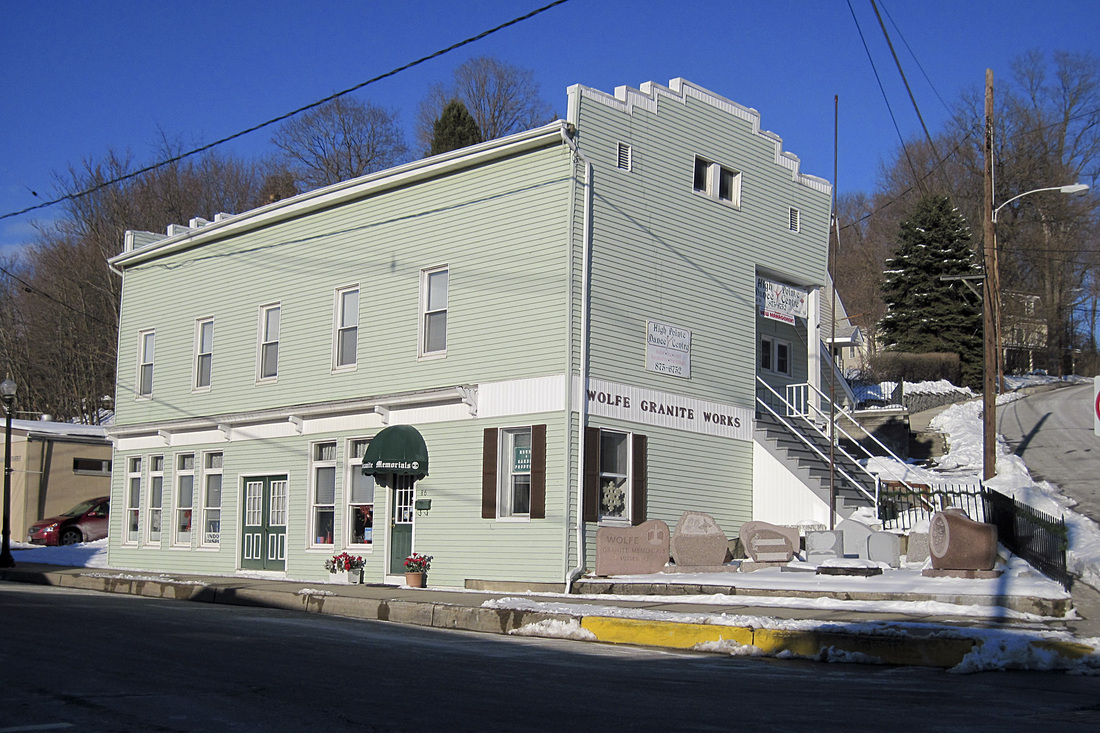 Wolfe Granite Works, now known as Wolfe Granite Memorials, Inc. has been in the same location in Sussex Boro for many years with several owners.
The business was established by A.E.Wolfe in 1873 in what was later known as Morrison's Hotel and relocated to 86 Main St. in 1903.   Following A.E. Wolfe, the business was owned by partners Charles Wolfe, Wallace Hough and Robert Westervelt.  Subsequent owners were Charles Stock in 1969, Robert T. Hill and Edwin Kantenwien in 1974, Elsie & John DeBlock in 1980 and is currently owned by their daughter, Nancy Bookbinder.